NEARLY 6 MILLION AMERICANS WITH CRIMINAL RECORDS including incarceration are denied the opportunity to vote. Not only are these citizens legally prevented from voting, but the right to vote and democracy itself are incarcerated—behind bars of racially motivated, antebellum, and morally antiquated laws that affect voters across race, class, and gender today. Campaigns to re-enfranchise those returning from prison, “returning citizens,” offer powerful lessons on high-impact advocacy for leaders at Harvard and beyond.

One state, in particular, illustrates the impact of felony disenfranchisement on the voting rights of returning citizens and democracy itself. For decades, the state of Florida led the nation with the harshest laws. Following the end of the Civil War and the beginning of Reconstruction, legal provisions were codified in the 1868 Florida Constitution, which automatically excluded felons from voting. Petty crimes (such as stealing a case of fruit or a gold button) for which black people were disproportionately prosecuted—otherwise known as “Black Codes”—could result in permanently losing the right to vote. The Black Codes were preceded by the ratification of the Thirteenth Amendment to the U.S. Constitution, which abolished slavery or involuntary servitude, except as punishment for a crime. As a consequence, the felony disenfranchisement provisions of Florida’s Constitution, in combination with the U.S. Constitution’s punishment clause, enabled one of the most draconian means of voter suppression—in one of the most consequential states in American presidential elections.

“The voting suppression crisis in our democracy should compel Harvard, the Trotter Collaborative, and the country to consider the past to face the present.”

The degree of harm to democracy in Florida in particular and in America generally may be measured by the depth of the impact on African American voters and the breadth of the effect on voters in the state. Felony disenfranchisement has resulted in 10 percent of all Floridians, or 1.4 million prospective voters, permanently losing the right to vote. In fact, felony-disenfranchised Floridians represent more than 25 percent of the 6 million Americans robbed of the right to vote. Florida’s Reconstruction-era effort to disenfranchise former slaves, 150 years ago, reduces the size of the American electorate and the reach of democracy today. The impact of felony disenfranchisement on black Floridians is disproportionate and deep. Despite the fact that African Americans make up 16 percent of Florida’s population, more than 20 percent of citizens who have lost their right to vote in Florida are African American.

The power of franchise restoration, in many cases, is at the discretion of each gubernatorial administration, which may craft clemency rules to restore voting rights to returning citizens. For instance, under Governor Rick Scott, who served from 2011 to 2019, Florida only allowed a restoration of returning citizens’ voting rights five to seven years after their release, with satisfactory completion of parole and payment of restitution. These rules were the most restrictive in several administrations, according to the Brennan Center for Justice. A federal district court judge in Tallahassee ruled that “the unfettered discretion that the [Florida] Clemency Board possesses” violates the First and Fourteenth Amendments of the U.S. Constitution.

In 2018, we witnessed the culmination of a robust campaign to undo the legacy of felony disenfranchisement in Florida, led by grassroots organizations such as the Florida Rights Restoration Coalition and Floridians for a Fair Democracy. The most prominent among these advocates was Desmond Meade, a returning citizen and president of the Florida Rights Restoration Coalition. Meade worked with other organizations to draft Amendment 4, which restored the right to vote for people with felony convictions, except those convicted of murder or sexual assault. Meade and multitudes of returning citizens used a diverse array of advocacy strategies— moral framing, policy prescription and analysis, coalition building, grassroots organizing, polling, and petition drives— to build a groundswell movement of liberal and conservative allies to pass Amendment 4 through a statewide referendum.

To de-incarcerate the vote and democracy demands a variety of tools, disciplines, and approaches. To be sure, the threats that imperil the franchise are intersectional (race, class, and gender) and require an interdisciplinary response (law, policy, the arts, and morality). A coalition of not only black and brown men as well as poor people with criminal records, but people of all backgrounds supported the multipronged campaign—responding to a message focused on “love, forgiveness, and redemption.”

This is the breadth and depth of learning about advocacy that the William Monroe Trotter Collaborative for Social Justice in Harvard Kennedy School’s Center for Public Leadership seeks to support students at the School, other graduate and professional schools, and Harvard College. The Trotter Collaborative is an interdisciplinary initiative that brings students, staff, and faculty together to work with advocacy organizations across America.

The Trotter Collaborative, as a social justice public policy clinic, seeks: first and most important, to assist in teaching hard and soft interdisciplinary advocacy skills; second, to leverage Harvard’s considerable analytic capital to inform grassroots organizations across America; third, to equip those organizations to address intersectional injustices with interdisciplinary tools for justice; and fourth, to empower students and others to craft evidence-based justice reforms that impact and even inspire.

The voting suppression crisis in our democracy should compel Harvard, the Trotter Collaborative, and the country to consider the past to face the present. Imagine two prisoners, arrestees with mugshots 7089 and 7053, losing their right to vote forever. As a consequence of their civil disobedience during the Montgomery bus boycott, Martin Luther King Jr. and Rosa Louise Parks were arrested and convicted of breaking city racial segregation ordinances in Montgomery, Alabama.

It is morally inconceivable that King and Parks could have gone to their graves as vote less, third-class citizens. Today, we can imagine Harvard students using an even wider array of advocacy tools to further address social injustice, including felony disenfranchisement. With colleagues across Harvard and beyond, well-honed advocacy skills, well-informed policy analysis, and morally expansive imagination, students can assist grassroots organizations in emancipating bodies, votes, and democracy. 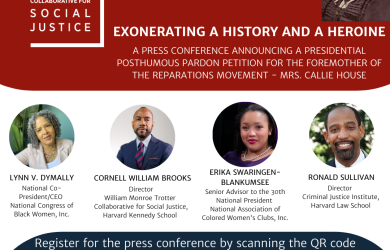 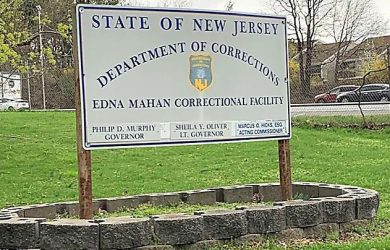 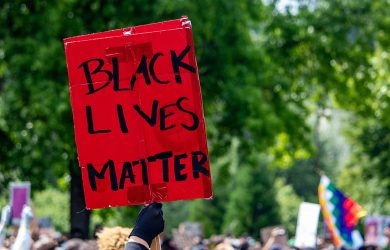